I have had six little plastic goslings since at least 2006, when this photo was taken. They’re floating in that whiskey barrel. The garden looks pretty good in this photo. I wonder why those Iris don’t bloom any more? Oh yeah, Dobby was born in 2009. They don’t bloom because he picks them before the buds open. 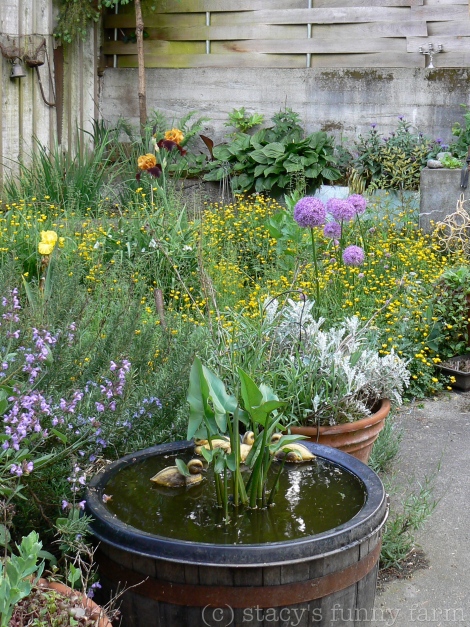 When Dobby was little, I brought a few of them in for his bathtub. 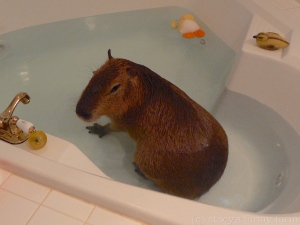 Go away squirrel. You aren’t in this story yet. 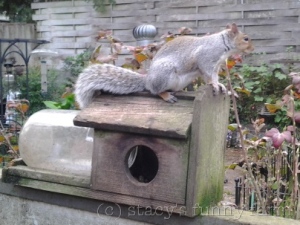 “Where are my peanuts?”

Here’s Dobby again, a couple weeks after the bathtub photo. It’s December, the yard is a mudhole, and that’s warm water. Muddy warm water. With a decoy floating in it. 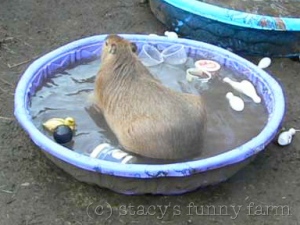 The squirrels are always around because Dobby shares his corn with them. They’ve been here forever, though. The holding capacity of my yard is five squirrels. I have never seen more than five at the same time. 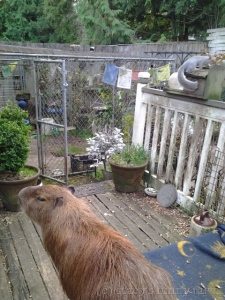 A couple weeks ago, a decoy went missing. Mysteriously, there were only five. I took this photo when there were still three. The third is on the ground behind the whiskey barrel, but there were three that day, for sure. But no, suddenly only two, because I saw a squirrel run by WITH A DECOY IN HIS MOUTH! He skipped across the yard with it, scampered up the fence, and scurried across the top of the fence toward the neighbor’s trees. 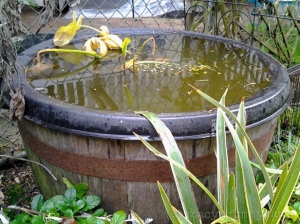 Then there were two.

The next day, there were none. All of the decoys had been stolen. I am imagining a neighbor, a decoy in each hand, looking up at the birch trees as yet another decoy drops from above and lands at her feet. Should I post a “Lost Decoy” sign at the mailboxes? Should I file a claim in Small Claims Court? 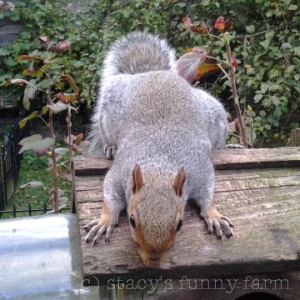