There are so many inherent problems with finding a replacement for Dobby the capybara, that for months after his death I was bewildered. I knew that it would be unfair for a new little capybara to have to live up to the grandeur of Prince Dobalob, so a new capybara was never an option. But what would be suitably entertaining without burdening my “sunset years” with complex husbandry tasks? Those of you who are snickering “Just get a dog, honey” do not know me. You can move along, now, find yourself a YouTube video of falling domino spirals or something. This was an existential dilemma that threatened to gum up my gears for months. 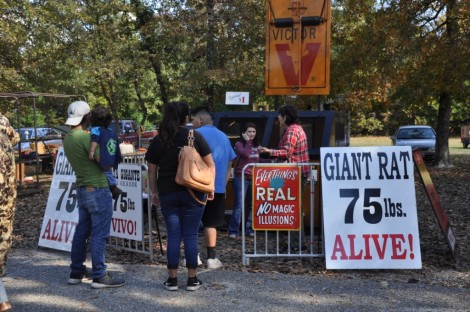 After Dobby died, the steady stream of visitors- and donations- suddenly stopped. The Funny Farm needs a new “ambassador animal,” a kind of sideshow attraction. To be honest, when you already have four dozen animals in your charge, to consider actively searching for another is the definition of lunacy. Or hoarding. Hoarders generally have no idea how many animals they have because the animals are breeding unchecked and the situation spirals out of control. Until Princess the chicken moved into the living room, visitors to the Funny Farm found themselves looking around for the animals as if they had come to the wrong address. That’s as it should be, and the population here is (for the most part) static. But the sparkle was gone. 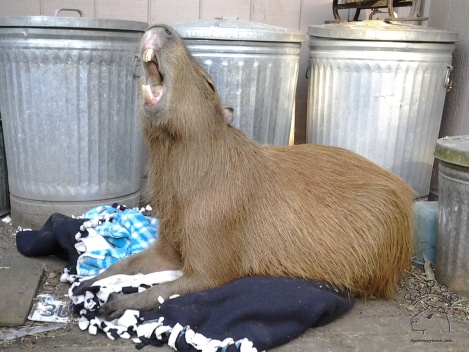 A couple practicalities reinforced my decision: climate and swimming pools. Dobby’s species hails from a tropical climate. As quickly as the ravages of climate change are grabbing our attention, I have no confidence that Seattle will become tropical in time to comfort a new capybara. Dobby was a good sport about the wicked weather, but he spent most of his last winter “hibernating” in my kitchen. And, as much as I would love to get some more use out of Dobby’s final deluxe swimming pool (by “deluxe,” I mean expensive) three-quarters of the year it is too cold here for swimming. The straw bale steps rotted every winter, and, of course, the water frequently froze in winter. I’m not talking about a thin sheet of ice on the top. Once a year it would develop a 6″ thick cap of ice. The scary part was when it eventually melted to a dangerous one inch thick, ready to crack apart. That’s when safety fencing goes up. No more outdoor tropical animals for the Funny Farm. 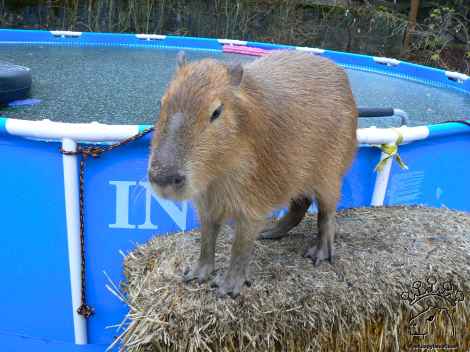 Little Dobby is sad about the arctic condition of his swimming pool.

I reluctantly concluded that most exotics are too demanding. As I flipped through my binders of domestic animals, they were either too large, too expensive, too stinky, too belligerent, or too destructive. I wanted something nice and ordinary, but “unexpected.” How about sheep? I have pasture and pens and I already keep loads of hay around. A friend verified that they are reasonable lawn ornaments. But what kind of sheep? Not those big white ones- my space is limited. Shetland sheep are petite, friendly, and with a bit of luck will shed their fleece, no need to shear. 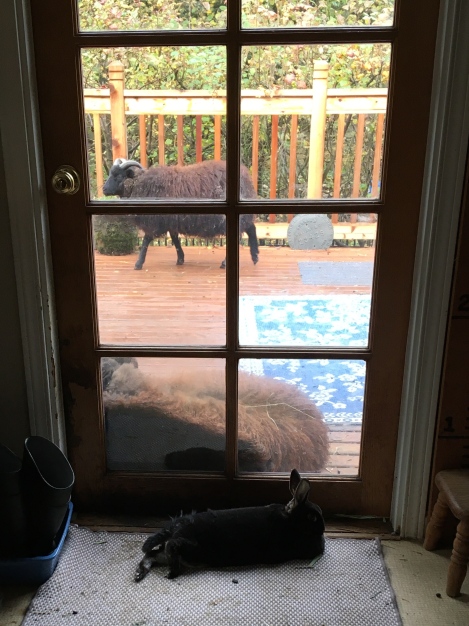 Fat Bonnie relaxes indoors while Hamish guards the door. Charlie is hoofing it over to the food dishes in case fresh carrots are in there.

So, now that the sheep have been here three months, how did I do? How do sheep compare to capybaras? Okay, to be fair, my sample size is extremely limited. It would be a stretch to generalize, wouldn’t it? How about if I just compare Dobby to Charlie & Hamish? Here’s how that would look:

They have crazy awkward horns, but they are big helpers.

Hamish is kind of bossy, but Charlie is clever and good at workarounds.

Hamish’s tail is that little black doodad. Doesn’t it remind you of a hamster tail?

What do you think? More alike or more different?