South America is chock full of capybaras and it is lovely to view them from afar, grazing along a river. They don’t always stay there, and like naughty animals everywhere, they wander into town to cause trouble.

This young capybara wandered into town and realized his mistake. The Environmental Police (like our Department of Wildlife) is very experienced in capturing capybaras and returning them to the wild, but they are also fairly inept. This is fairly typical of almost every Brazilian video I’ve seen where they try to capture a capybara. Everyone is exhausted at the end.

In the images it is possible to see a fireman with a net trying to capture the capybara. People who were there were afraid and others found the scene funny.

The Fire Brigade said that the fact was recorded at around 1:35 pm, after receiving a call from the Environmental Police, which has already been called in by popular people. The animal was a medium-sized capybara, apparently injured. [translation by Google Translate]

This guy ran out of gas on the way to town. These police did a better job of capturing the capybara. Surprisingly, this type of rescue is big news and is often covered by several news sources.

The Environmental Police of Assisi (70 km from Ourinhos) captured a capybara in the yard of a gas station, on the morning of this Sunday, 7. The information was disclosed by the G1 website. The police were called in by drivers passing by, so that the animal would not flee to the Raposo Tavares Highway (SP-270). An Environmental Police team went to the scene and captured the capybara, which was taken to the Assis Wild Animal Protection Association (Apass). The animal will receive the necessary care and then be returned to its natural habitat. [translation by Google Translate]

This herd of capybaras really went to town! This is the home of a popular Argentine television personality. Maybe they were auditioning for his show. He did what you and I would do: he admired them and let them be. No capture video here.

The conductor photographed and grabbed the lovely rodents circling the garden of his home. 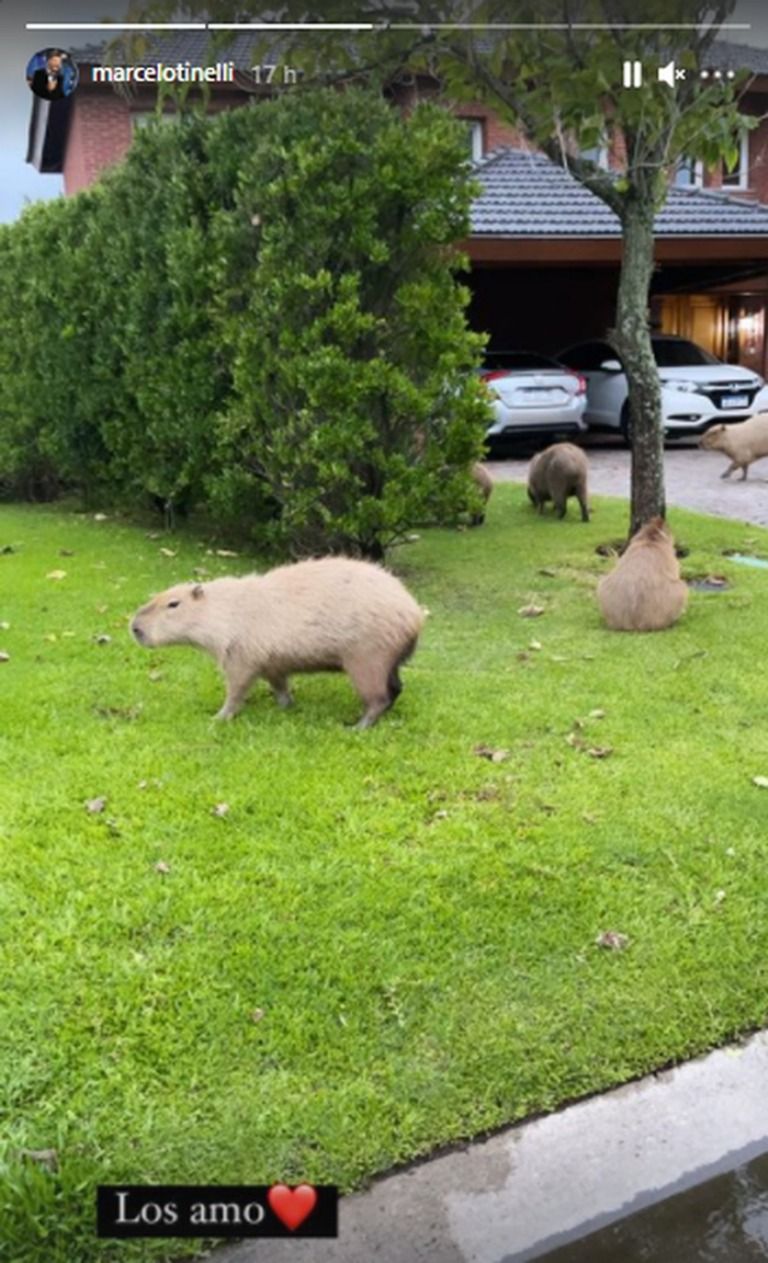 The capybaras returned to do their thing in Nordelta and their new victim was nothing more and nothing less than: Marcelo Tinelli. The same driver was the one who showed the invasion of the animals and he only managed to say: “I love them.” In the middle of the quarantine and in much of 2020, they were protagonists. They invaded various places in Buenos Aires, including the famous country of Tigre. They were also the subject of endless memes about it. And there was even a controversy with them: in full strict quarantine, a small group of capybaras was expelled from the country April and there were several complaints about the attitude of the neighbors. The locals made the decision to kick them out because they said they caused “inconvenience.”  [translation by Google Translate]