The original article is in Spanish, but the story, photos, and videos are so cute I had to pass it along. I used Google Translate to make sense out of it, so there are no guarantees as to accuracy, but I think you will get the idea. Please use the link at the end to see the original if you speak Spanish, and if the translation has any bloopers, please let me know so I can edit the English accordingly.

A Twitter user shared photos and videos of her peculiar pet playing and even drinking milk from her “adoptive mother.”

“Thread of rodents in situations” was the premise of a thread developed on Twitter with different and tender images of small animals doing various things. However, one of the most outstanding responses was that of a user named Milagros Tabares, who shared photos and videos of her capybara.

”My capybara adapting to his new family after he ran out of mom. He was taking his adoptive mom’s tit along with her little sisters from the heart,” said the first of the girl’s publications, which reached a high level of impact. “We demand more photos of that capybara,” they replied.

”Here we see how he quickly adapted to the technology that surrounded him. Feeding and hugging his little sisters” was the next of his posts, where you could see the animal drinking milk from an improvised bottle, touching a remote control and snuggling next to the dogs. 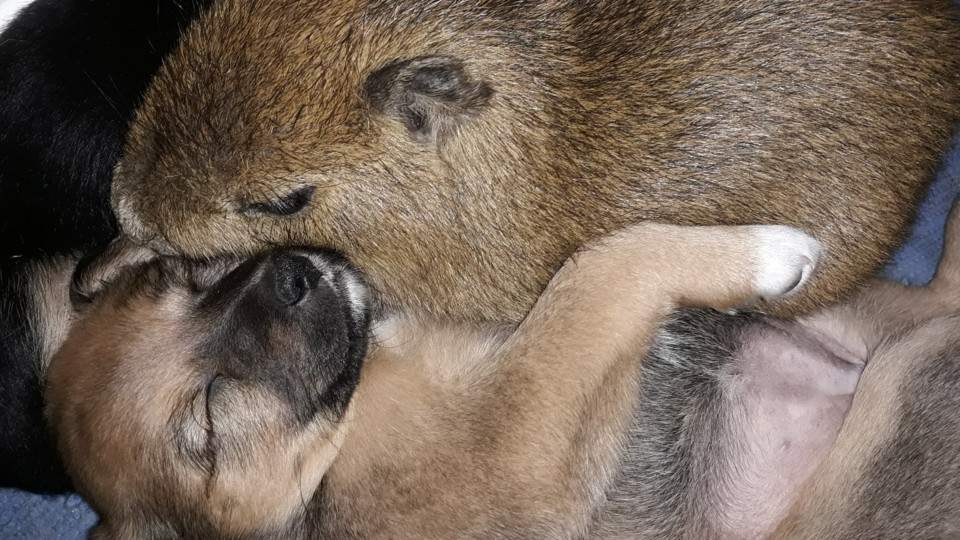 Later, he revealed his name and a bit of his story: “His name is Otto/Otta because we thought he was male and in the end he was female but the truth is that we call him beaver (easier) or capybara Leon. No sex defined hahaha. They take a long time to trust because they instinctively escape everything that ‘pursues them.’

However, to finish, he revealed what his weakness is: the tickle in the neck. In a new video that is uploaded, you can see how the little capybara gives way tenderly when a boy began to caress him.

Below is the link to the original story in Spanish: